Sarah Wright in “American made”

She was a top Runway model that booked every show. When I was scouting for the Japanese I sent her to Tokyo with Hiromi Tashiro at World Top, a small but exellent agency in Japan, and Hiromi loved her so much she brought her back the following year. Between those Tokyo stints I had signed her with Katia Sherman who had just taken over Major Models in NYC, but Sarah would eventually find that her commercial look was best suited for Chicago and FORD Models. It would be at FORD that the acting bug set in and she quickly landed her first sit com on FOX. 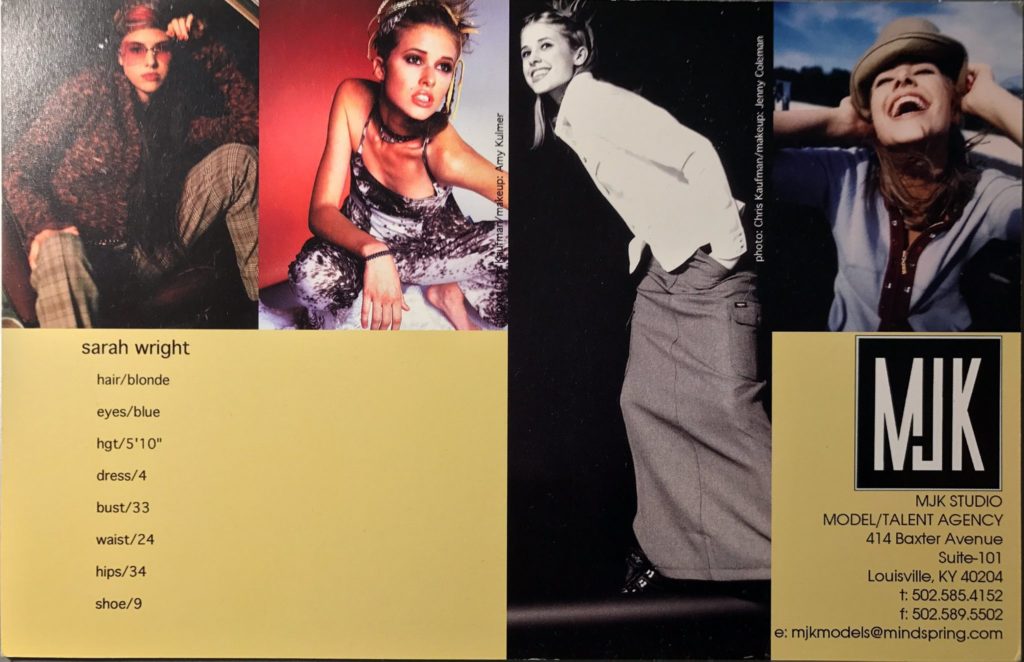